The pIOT project led by the IFREMER Delegation of the Indian Ocean began at the end of 2018 as part of the multidisciplinary research consortium "Scattered islands 2017 - 2020".
The objective is to initiate a network reception stations to get data from the tags on the Europa island and to test the technology developed in a constraining natural environment (temperature, isolation, sunshine, etc.). A first prototype was developed and tested as part of the deployment of a network to observe the movements and migrations of marine turtles.

The Scattered Islands are a group of four islands (Europa, Juan de Nova, Glorieuses, Tromelin) and a coral atoll (Bassas da India) located in the Mozambique Channel and north-east Madagascar for Tromelin, attached since 2007 to the French Southern and Antarctic Territories (TAAF). The terrestrial and marine biodiversity of these exceptional and preserved French territories is known as "oceanic sanctuaries of primitive nature". In order to study the wealth but also to understand the effects of climate change on these reference sites, a Research Consortium involving several scientific disciplines has been set up for the period 2017-2020. IFREMER's pIOT project is one of the 14 winning projects of this Consortium. 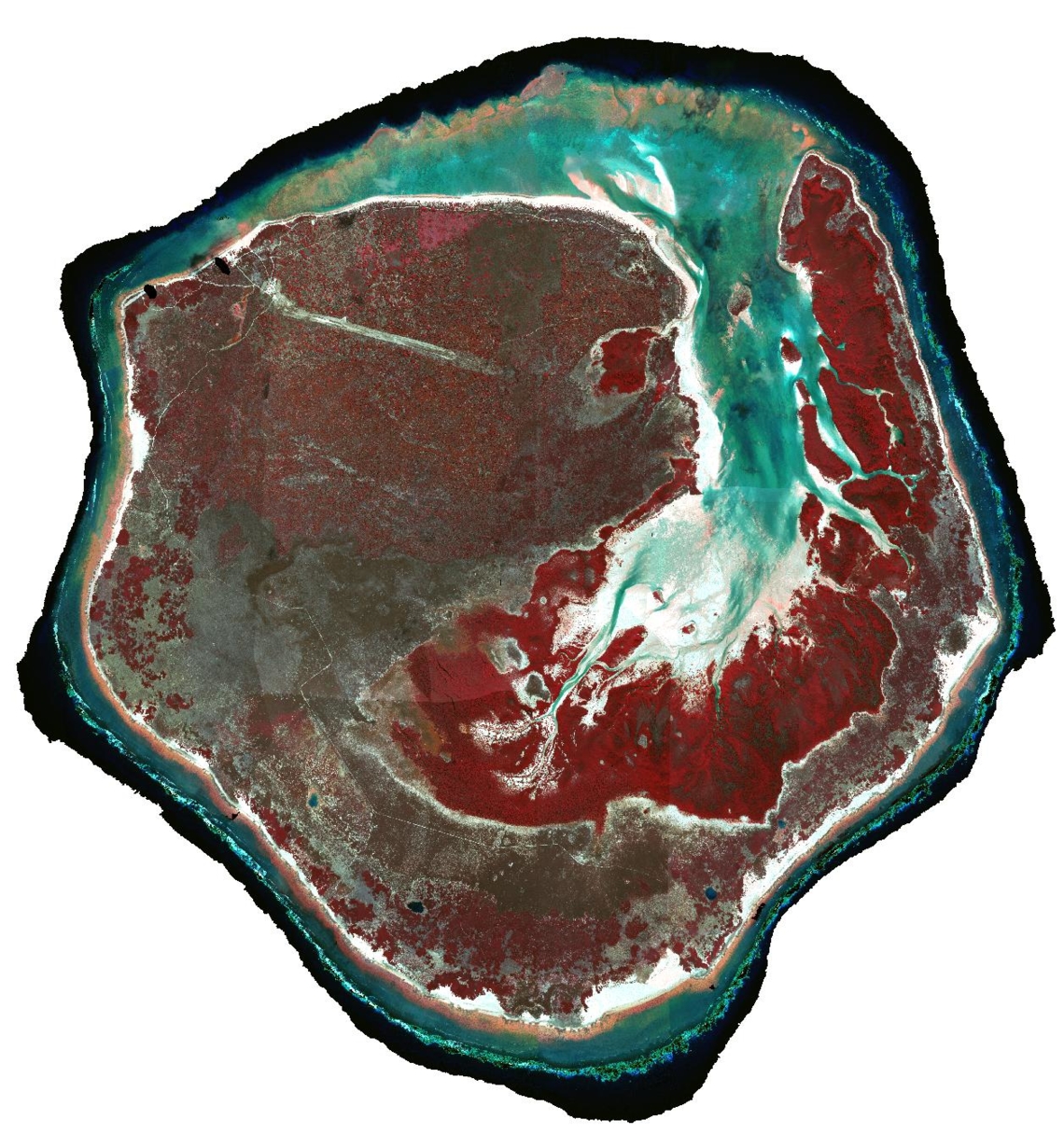 Hyperspectral image (visible / PIR) on Europa acquired for Litto3D in September 2009, after correction of saturation and surface effects