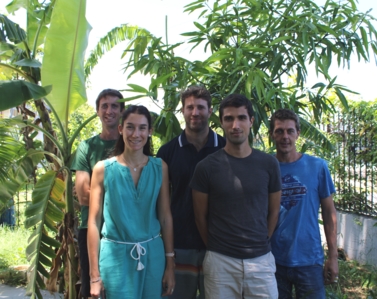 In September 2019, Pierre GOGENDEAU, who previously worked as an Electronics Engineer on the POPSTAR, IoCT, pIOT and IOT projects, started a PhD thesis co-supervised by CNRS-LIRMM and IFREMER and funded by IFREMER scientific Direction. The PhD thesis entitled "Intelligent integrated geolocation system based on multiple sources of heterogeneous and transient information" deals with the development of a marine animal geolocation system based on the fusion of data from different information sources (accelerometers, magnetometers, LoRa, …).

In October 2019, Andréa GOHARZADEH joined the delegation as an Electronics Engineer. His work mainly consists in continuing the development of the various electronic systems, namely the design and production of electronic boards and their programming, the mechanical design and production of prototypes for experimentation (3D printing, resin coating, ...), as well as carrying out of tests to validate the technological developments and geolocation algorithms. Before joining Ifremer, Andréa worked as a design engineer on space launcher control paths for the Ariane Group and holds an engineering degree in Automation and Industrial Computing from IMT Atlantique (formerly Ecole Nationale Supérieure des Mines de Nantes).

At the beginning of January 2020, Julien FEZANDELLE joined Ifremer as Electronics – Telecommunications Engineer. His job is to finalize the development of receiving stations (ground stations and marine buoys) based on LoRa transmission including environmental sensors (temperature, salinity, ...), to participate in the development of marine turtle tracking tags using LoRa transmission and to set up a server which will gather all the data collected and make access to them through a website (e.g. LoRaserver).A telecommunications engineer, graduate of the Ecole Polytech'Nice-Sophia, Julien was previously manager of a company specializing in electronics and the Internet of connected objects. 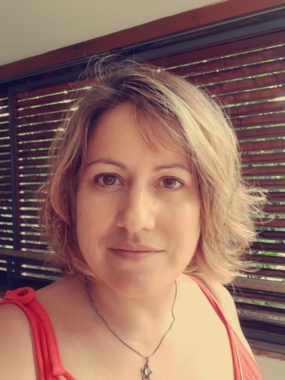 With the arrival of Marie ROUMAGNAC in May, the IOT team has grown even more. Marie participates in the implementation of various projects, including the IOT project within the Ifremer Indian Ocean delegation as VSC Marine Biology Engineer. Her work within the project consists of designing and producing tags, participating in turtle tagging operations and she provides support in mediating the project.  After a Master 2 in the development of molecular biology technologies at the University of Montpellier, Marie worked for 4 years at Ifremer's Laboratory of Microbiology of Extreme Environments (LMEE) in Brest, then 7 years at the Mediterranean Institute of Oceanography (MOI) in Marseille before joining Ifremer in Reunion Island.