A Minute Of Science With...

#AMinuteOfScienceWith... are short videos made by Ifremer researchers through which they share with the public their work, a discovery, an anecdote or answer a scientific question that everyone is asking. Initiated during the containment, these videos are broadcast on social networks and the Institute's You-tube channel. You can find the one on the IOT project presented by Anne-Laure CLEMENT from the Indian Ocean delegation of Ifremer on https://www.youtube.com/watch?v=32-zaz79BAo

"Mon Lopin de Mer" is an educational project that invites future citizens (4th and 5th grade and middle school) from all backgrounds, even those who are far from the coast, to forge an emotional link with the coast and the ocean, to make them aware of the fragility of these environments and our dependence on marine ecosystems, and to encourage them to become involved citizens.

Supported by Ifremer and the Petits débrouillards, this project was tested for the very first time during the 2021-2022 school year with six classes across metropolitan France and the overseas territories. Mr Maillard's 5th grade class from Plateau Goyave primary schools in Saint-Louis was able to participate in this first edition of "Mon Lopin de Mer". Throughout the school year, they were able to discover and understand the vital link that unites us with the ocean, by building their "little patch of sea" with the help of a board game. They then identified the risks to their patch of sea, analysed the relationship between man and the sea and thought about solutions that could help preserve it using scientific reasoning.

The project also includes a meeting with a scientist and Anne-Laure from the Indian Ocean delegation of Ifremer came to present the IOT project and the delegation's missions to the pupils on 28 April 2022. During this session, the children were able to discover the different species of marine turtles present in the Indian Ocean, the threats they face and the technological tools developed by Ifremer and its partners to study them and track their movements.

The final presentation of the project was held on 20 June 2022 by videoconference in the presence of all the classes from Saint-Louis (Reunion Island), Nice, La Colle sur Loup (Nice academy), Nancy, Gan (Bordeaux academy) and Guerlesquin (Rennes academy), with the participation of Ifremer scientists who spoke in class and live with the oceanographic vessel "Le Pourquoi Pas? "which was at that time in the middle of the Atlantic Ocean, more precisely on the "Lucky Strike" hydrothermal site of the mid-Atlantic ridge, carrying out scientific surveys and submarine dives on the hydrothermal vents. 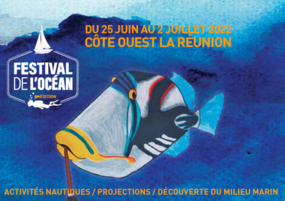 As part of the Ocean Festival organised by the Western Tourist Office, Sciences Reunion, the Maritime Cluster of Reunion and the Marine Nature Reserve of Reunion Island, the Indian Ocean delegation of Ifremer took part in the Sea Day on 25 June 2022, during which all the professionals of the sea come to present their work to the public.

Cancelled in 2020 and 2021 due to the health crisis, this event brought together many visitors who were curious to discover the jobs of scientists (researcher, engineer, technician, etc.) and to discuss the research topics of the Institute and the delegation.

The IOT project and all the projects carried out by the delegation were presented to the general public through discussions, games, videos, etc.

On the occasion of the Aldabra research station 50th anniversary symposium held on 21 April 2022 at the Royal Society in London, the Indian Ocean delegation of Ifremer produced a scientific poster presenting the IOT project and the results obtained for the Aldabra site. 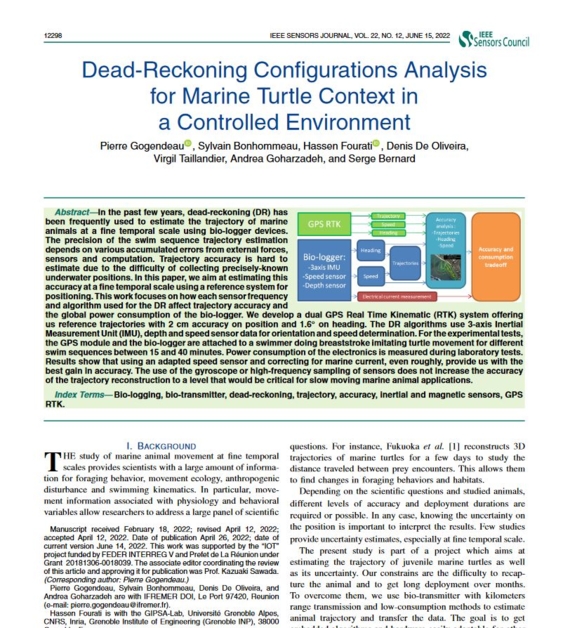 As part of the thesis work carried out by Pierre Gogendeau of Ifremer, a scientific article was published in the IEEE Xplore (Institute of Electronical and Electronics Engineers) journal entitled "Dead-Reckoning Configurations Analysis for Marine Turtle Context in a Controlled Environment".

Pierre Gogendeau's doctoral thesis defence will take place in November 2022. If you wish to follow it by videoconference, please send an email to the delegation delegation.reunion@ifremer.fr to receive the connection link