Started at the end of 2018-beginning of 2019, the "Indian Ocean sea Turtles" (IOT) project carried out by the Indian Ocean delegation of Ifremer in collaboration with the Montpellier Laboratory of Computer Science, Robotics and Microelectronics (LIRMM-CNRS), the Seychelles Islands Foundation (SIF) the French Southern and Antarctic Lands (TAAF), the Mayotte Departmental Council, the Mayotte Natural Marine Park (PNMM-OFB) and Oulanga Na Nyamba, has made it possible, after several years of research, to develop a new generation of innovative, low-cost tags that are adapted to the questions of scientists. Developed to monitor the movements and behaviour of juvenile green and hawksbill turtles within the framework of this project, these tags could in future be deployed on other marine animals.

Forty IOT tags using the LoRa (Long Range) transmission system based on connected object technology were deployed on turtles in Europa (Eparses Islands), Mayotte, Reunion Island and Aldabra (Seychelles). A solar version with solar panels was even produced and tested on a turtle from Europa (shallow lagoon) to increase the battery life of the tag. Several receiving stations have also been installed at certain sites, allowing scientists to receive data whenever a turtle comes to the surface to breathe. In order to ensure this link, satellite stations were set up on the most isolated sites that do not have an internet connection. At the same time, the project was able to benefit from the LoRa network of the company Orange deployed on Reunion Island and Mayotte in order to strengthen the reception network.

One of the expected objectives of the project was that the installation of the receiving station network could be easily implemented by non-specialists. This proved to be the case on Aldabra, where SIF agents were able to deploy several receiving stations in total autonomy after having received training and advice from Ifremer and LIRMM. A big congratulations! 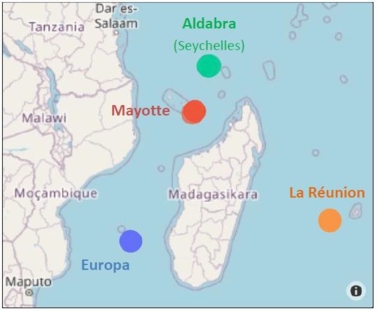 A total of 98,290 messages were received by Ifremer scientists, with an average of 2,405 messages received per turtle at all sites. Each message contains data on the water temperature, the turtle's dive profile (depth, dive time, surface time) and information on the tag (battery level, for example) and on the receiving station that received the message.  The information collected also provides information on the average duration of transmissions, ranging from 13 days (Reunion Island) to 100 days (Europa), as well as the maximum duration of transmission, which is 170 days for a tag deployed on an Aldabra turtle.

Here are some examples of data recorded by IOT tags : 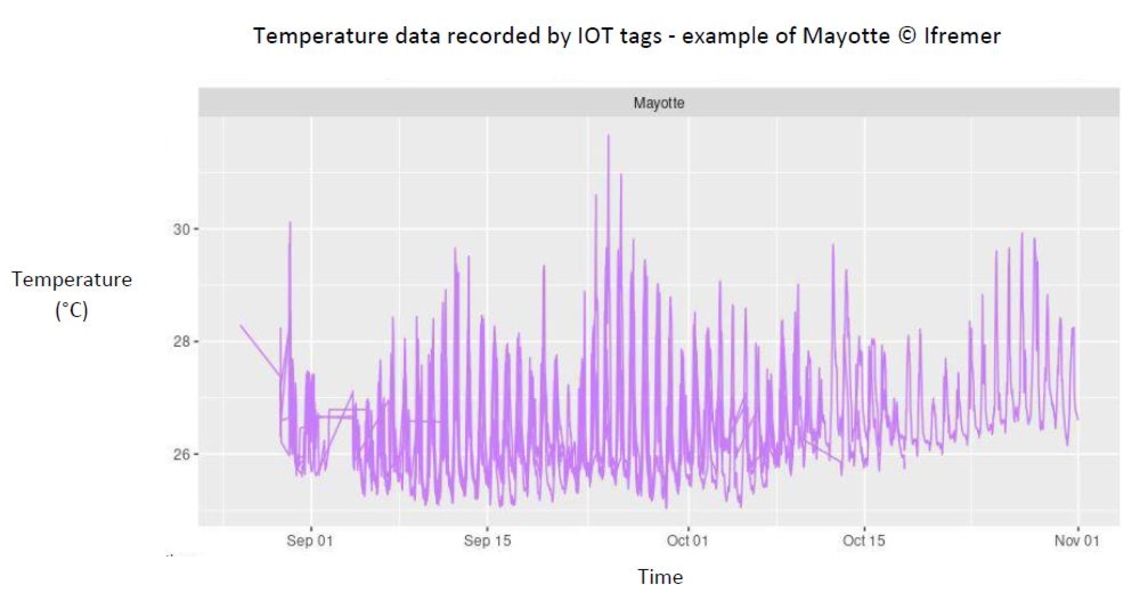 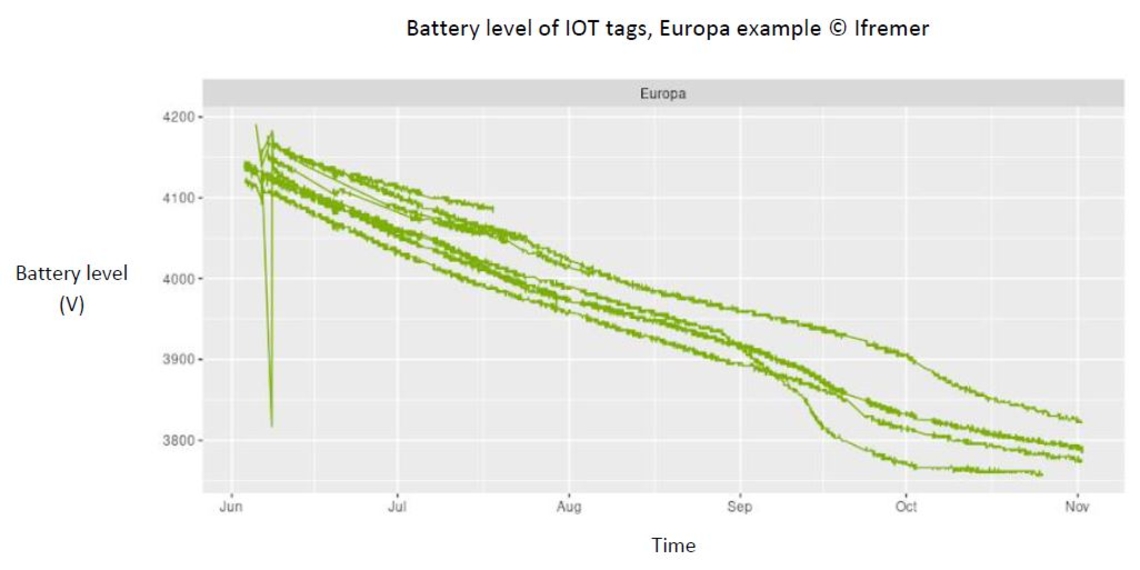