While the three members of the IOT team were on mission for 45 days on the island of Europa (see above), the general public was able to follow their daily life and discover part of their work through the social networks Twitter and Instagram. From the installation of the receiving stations, to the joy of the members when the satellite connection was established, to the tagging of two turtles and the acquisition of the first bathymetric data with the autonomous board, the four posts broadcast by Ifremer had a very good impact in terms of communication and promotion of the IOT project. 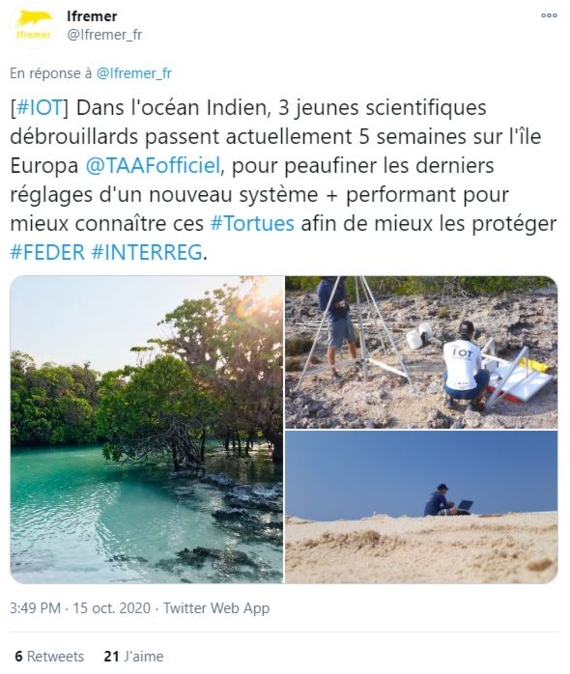 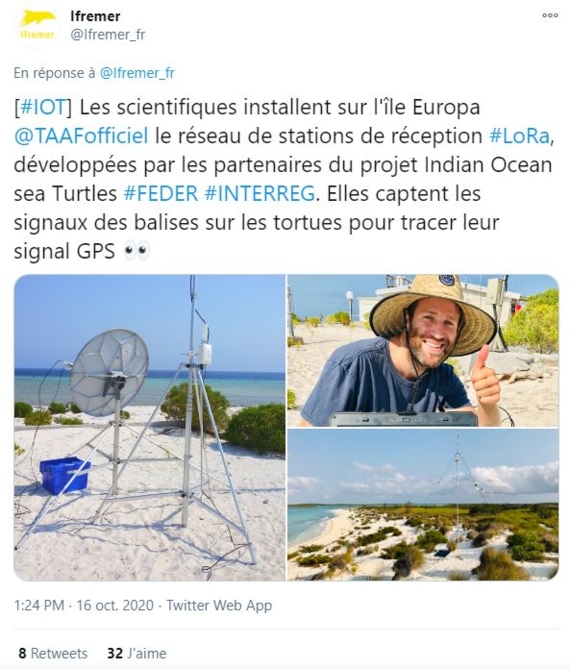 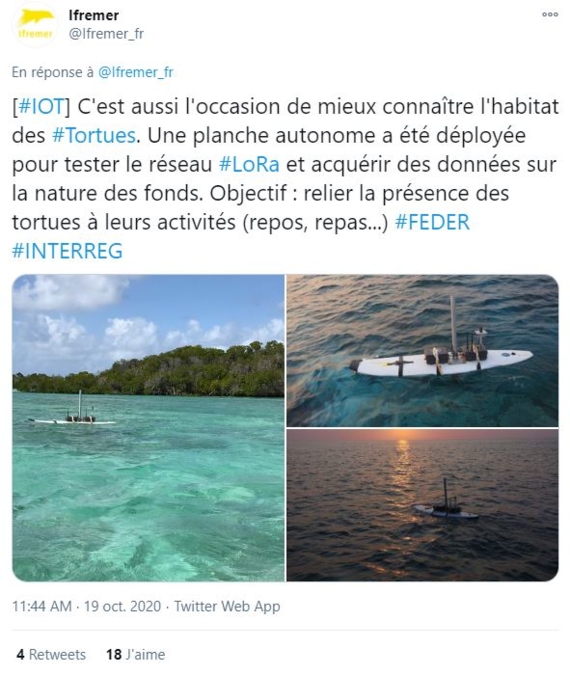 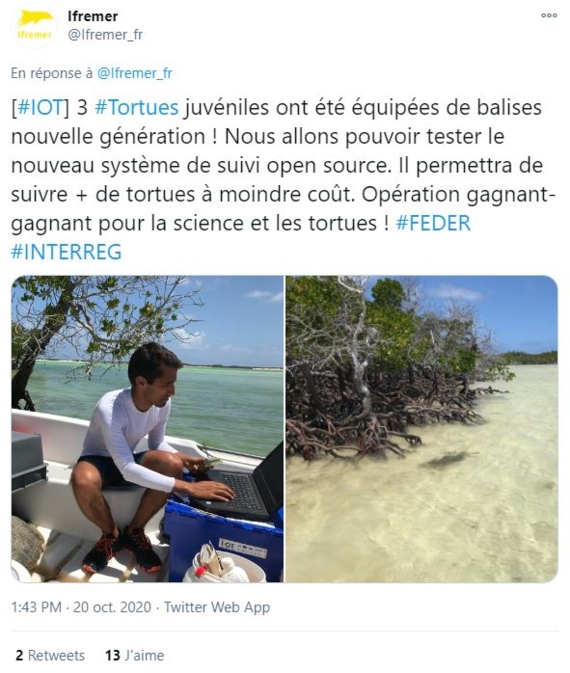 At the same time, the Europa mission was highlighted on Ifremer's institutional website alongside another mission carried out in parallel on Reunion Island as part of the Next project led by an Ifremer team based in mainland France.

Presentation of the IOT project to "TAAF" labelled classes:

Within the framework of the "TAAF class" label created by the French Southern and Antarctic Lands (TAAF) and the Academic Delegation for Arts Education and Cultural Action of Reunion Island (DAAC-Reunion), Ifremer, as a privileged partner of the TAAFs for many years, participated in 2020 in the educational project led by one of the TAAF-labelled classes. Thus, in compliance with health regulations, a member of Ifremer's Indian Ocean delegation presented the pIOT and IOT projects to a 8th grade class of a middle visiting Kelonia.

Back in class, the students were then able to deepen the notions discussed during the presentation of the projects in relation to mathematics, technology or biology and the environment.